It was recently pointed out to me that not many people know what I look like! This may not be a bad thing, I think, but apparently people like to see faces and know who they are talking to and I think I understand this. Either way shortly after this conversation I was offered the chance to have some photos taken courtesy of the wonderful Spring Fling PR team which consists of Matthew Shelly and Colin Hattersley. So despite being a bit camera shy I managed to look quite like...well...me...and here they are. 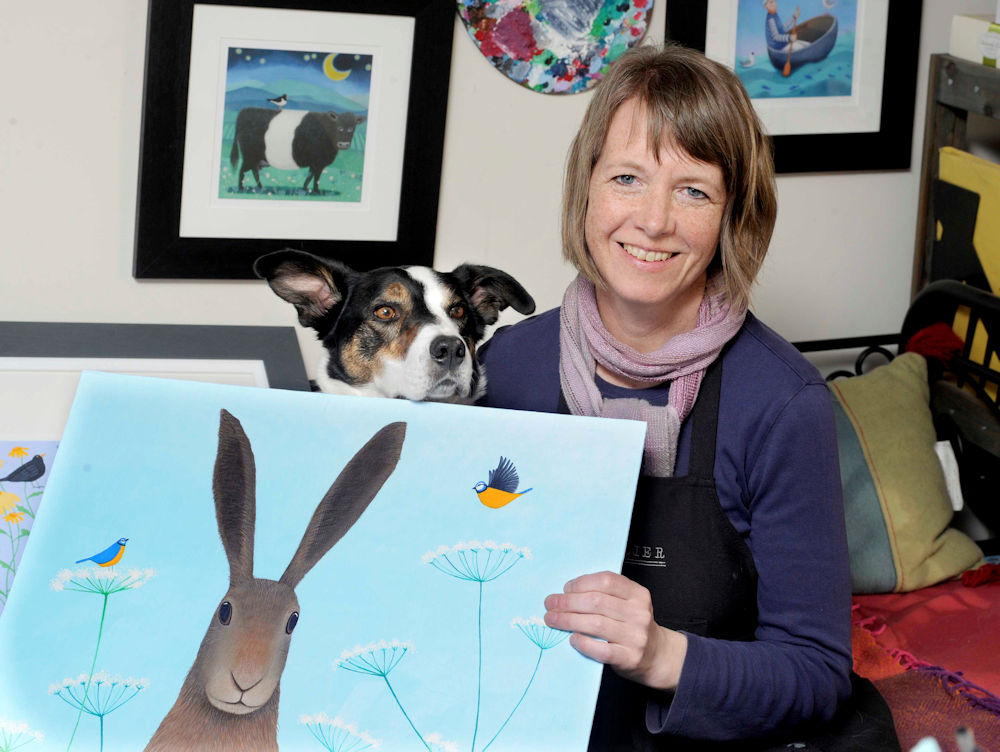 In the studio with Jack...there may be a biscuit being dangled just out of sight! 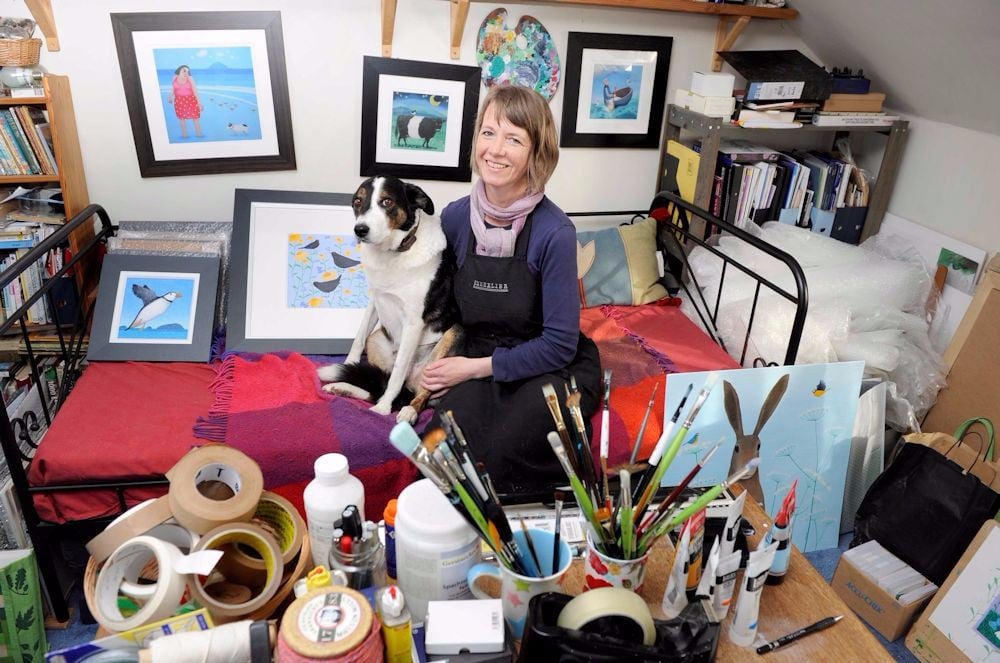 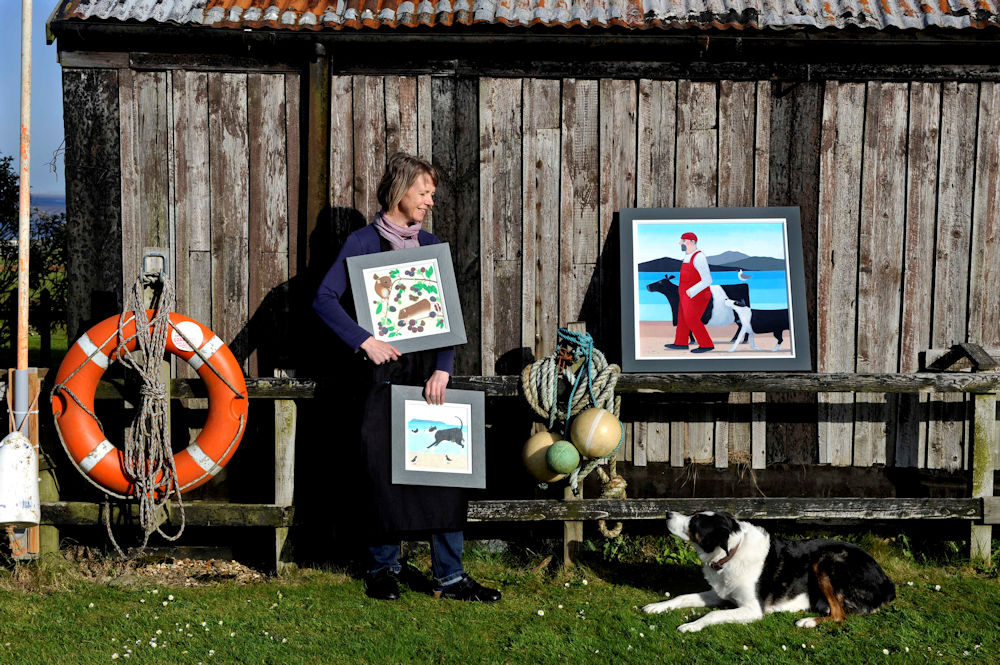 In the garden...Jack is starting to get used to the idea now...no biscuit involved! 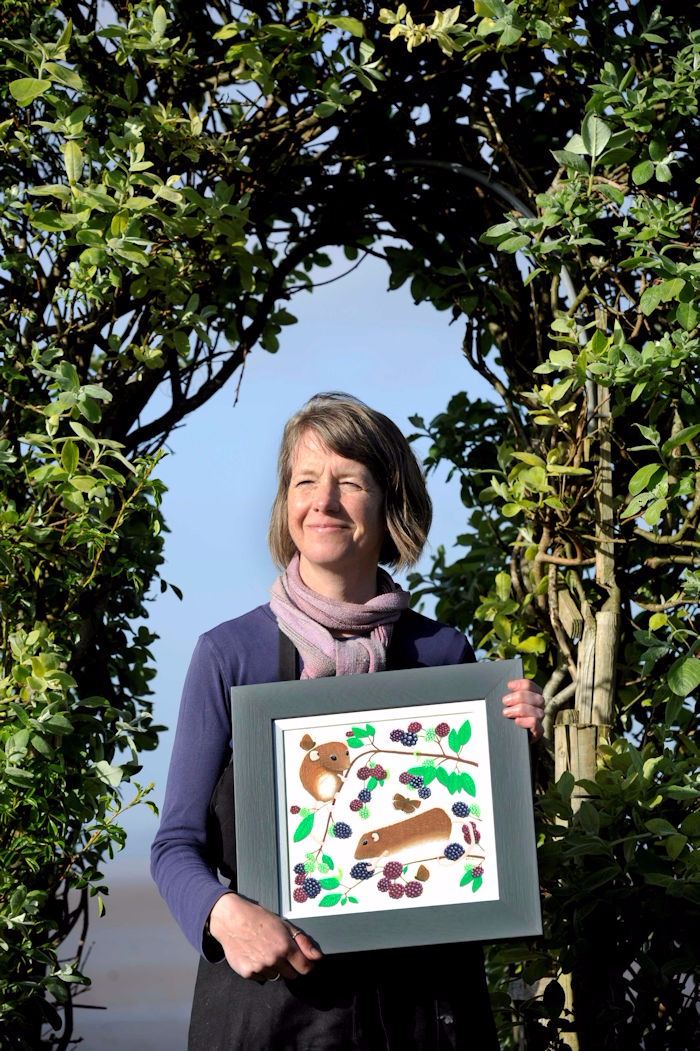 Jack is having a break at this point! 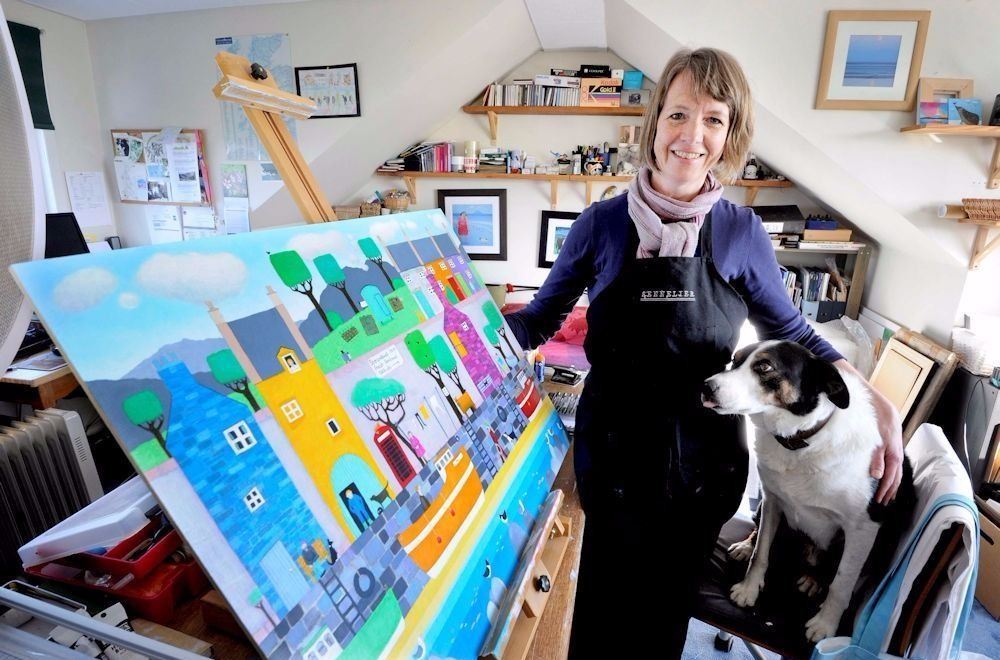 Jack is fed up at this point and obviously not too keen on this painting hence the tongue sticking out!

Of course if you would like the chance to meet the real me in the flesh I'll be taking part in the Spring Fling open studio event next weekend 27th to the 29th May at Kirkbean village hall...hope to see lots of you there!