I'm delighted to tell you that I have a new jigsaw design available. After months of having a world wide cardboard shortage it seemed impossible to get them but now that people are venturing out and about it has arrived!

The new jigsaw is called The Puffinry and is published by Ravensburger. It pictures puffins on a cliff top, surrounded by flowers and bees. Some puffins are sitting on the ground and some are in their burrows. In the background there are boats and a lighthouse. In the distance there are hills and puffy white clouds. 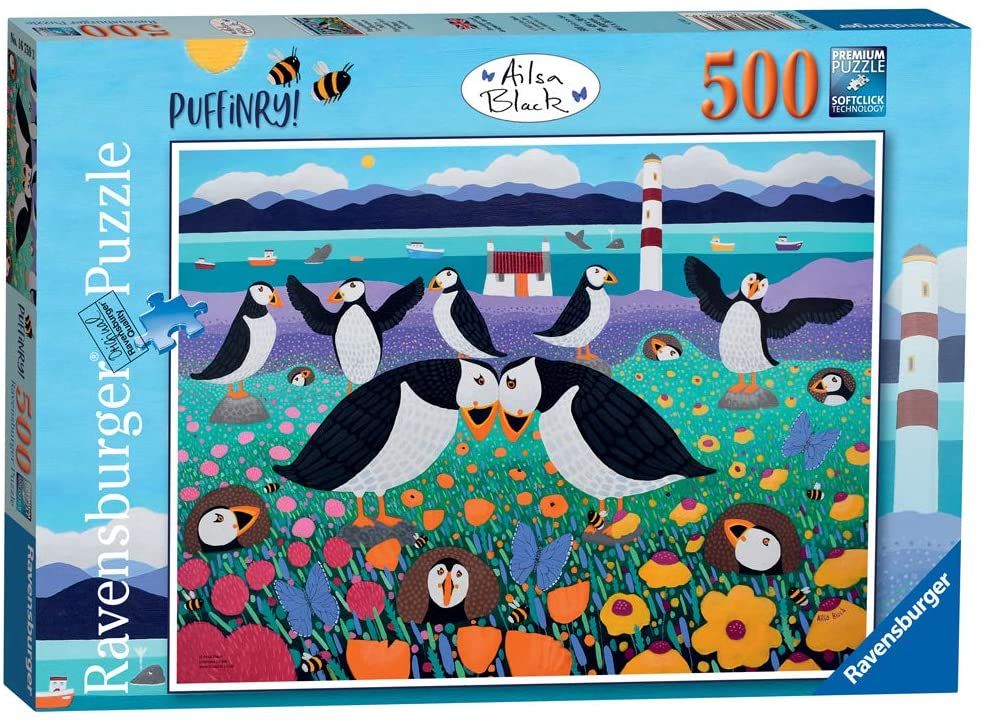 My last Ravensburger jigsaw was named by The Independant as one of the best jigsaws to do during lockdown. It was stocked by Next and John Lewis and quickly sold out.  I am hoping this jigsaw will as popular.